Many studies have shown how the mind with the assistance of meditation, visualisation and hypnosis can support you in the recovery of your injury or condition. On this blog we aim to share with you research and techniques which both prove that you and your mind have the power to effect your body and its recovery.

Your Mind Can Help Your Body with Recovery By:

As the quote below shows, once you see that your mind can play its part in your recovery, your perceptions or limitations of illness and injury could change forever.


Do just once what others say you can not do and you will never pay attention to their limitations again. – James R. Cook

The average success rate of a sugar/dummy pill in pharmaceutical tests is about 33%, this is known as Placebo. This leads us to consider what cures the 1 in 3 of people who take the placebo? Dr David Hamilton a former Pharmacist, who during his research became fascinated with the placebo and how it cures, concluded that the difference was down to the belief that the drug would cure.

An example of how the mind can change the physiology of the body with visualisation is best described like this; If you are challenged to slow or speed up your heart beat just by using your mind, could you do it? Well if you close your eyes and visualise the following, you can decide for yourself what effect it had on your heart beat:

You are walking down an alleyway on a dark dark night there is one entrance and one exit you turn round and you see someone behind who looks a little menacing. You turn the other way and there is another person blocking your way. You are trapped!

Now if you truly visualised and imagined the above event your heart rate would have quickened. This just goes to show the power the mind has over the physical body.

Another very interesting discovery from various studies have shown that the mind cannot tell the difference between what is real and what is visualised.

This was explored in a BBC documentary that showed a man whose heart arteries were clogged. Everything the Doctors had tried had not been successful. So out of exasperation the Doctor asked the patient to visualise for 20 minutes twice a day. The patient visualised himself shrinking down and canoeing through his arteries and scrapping of and clearing his arteries with his paddle. A few months later at his next scan the gentlemen was feeling a lot better which his scan supported by showing a clearing and widening of the arteries.

The conclusion of this study was that the Doctor could have asked 99 other patients and not got the same amazing results. The difference with this patient was that he believed in the treatment and that this was normal and would work.

A modern technique called the Hypnotic Gastric Band has been producing very successful results for weight loss. After the procedure the mind believes and feels that the stomach has been fixed with an actual Gastric Band, even though one has been fitted client report similar result to actually having one installed.

With all this in mind you may now be able to see the powers of visualisation, thought and belief, if not checkout our experiments page or read some of the posts below. 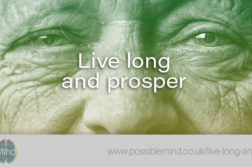 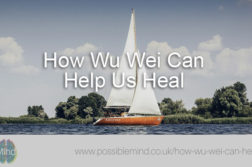 How Wu Wei Can Help Us Heal 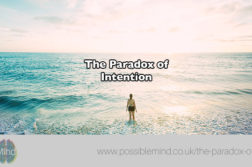 The Paradox of Intention 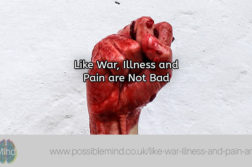 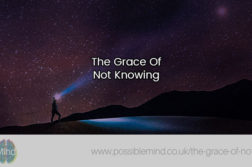 The Grace Of Not Knowing 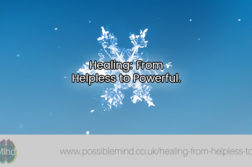 Healing: From Helpless to Powerful.