In a small village outside of Milton Keynes, dogs of all ages and breeds are trained to sniff out cancer from thousands of samples, in a routine that will one day save lives.

At Medical Detection Dogs’ HQ, a major trial is underway where pets are taught to sniff out prostate cancer from urine samples provided by a local hospital. So far they have a 93% success rate.

The charity is also trialling whether breast cancer can be detected by dogs using something as simple as a breath sample.

Founder of the charity, Claire Guest, 52, knows first hand just how important a dog’s sense of smell is in detecting human disease. Her fox red labrador Daisy sniffed out a deep-seated tumour in her breast back in 2009, which would have otherwise gone undetected.

“She saved my life,” Guest told The Huffington Post UK. 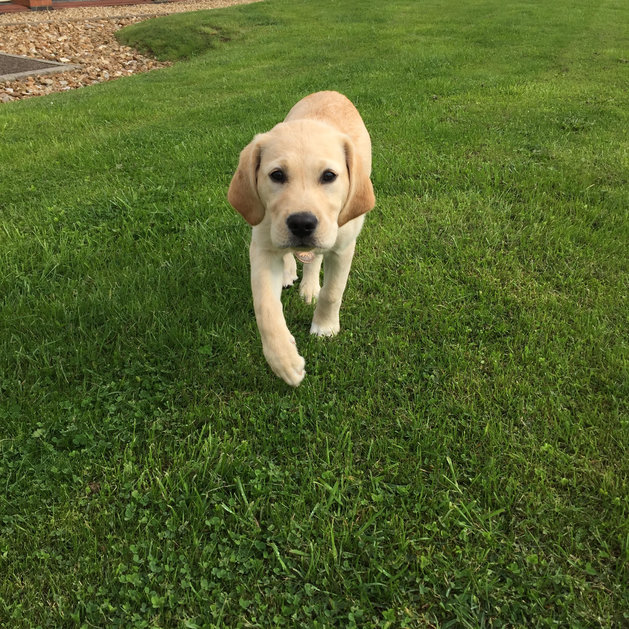 This is equivalent to one teaspoon of sugar in two Olympic-sized swimming pools.

Through their pioneering work, staff at Medical Detection Dogs hope that one day medical experts can call upon these dogs to help detect cancer quickly and efficiently in patients – and potentially save their lives.

As Cancer Research UK puts it: “Finding and treating cancer at an early stage can save lives.”

The charity has a “no kennel” policy, which means all of the dogs who are trained there belong to real families.

Volunteers drop off their dogs first thing, who then spend the day being trained to detect cancer using a variety of urine, tissue and swab samples. After a day’s work, they go home to their owners, stretch out on the sofa and have their bellies rubbed.

One of the charity’s oldest and most loyal members is Guest’s dog Daisy.

Guest had already founded the charity at this point, and was working on a project determining whether dogs could detect bladder cancer by sniffing urine, when Daisy began acting differently around her.

“She became anxious and one day I took her for a walk, opened the boot of my car to let her jump out, but she wouldn’t go,” explained Guest.

“She kept nudging my chest, which led me to find a lump.

“After a few days I decided to go to the GP and get it checked out. I was diagnosed with a very deep-seated cancer and was told by my clinician that had Daisy not drawn my attention to it, it could have taken many years for me to find the lump and the prognosis would have been very poor.

“She saved my life.” 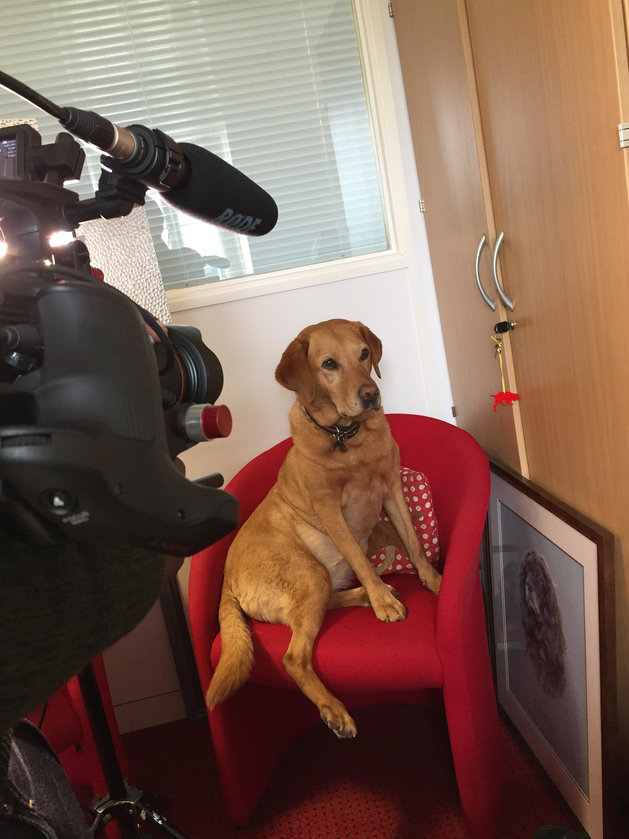 Daisy, now semi-retired, acts as a “senior consultant” at the centre, guiding young canine apprentices through their six months of training.

She has sniffed over 6,500 samples during her years of service, detecting over 550 cases of cancer with an impressive 96% success rate.

Daisy’s extraordinary sense of smell and service in the field of cancer research has earned her a Blue Cross Medal. The 12-year-old pooch is even the subject of a book, ‘Daisy’s Gift’.

The esteemed labrador and her four-legged friends are trained by Rob Harris, the charity’s bio-detection manager…

Mark
Previous ArticleThe Unlimited Potential Of The Human Being: 4 Healing Stories
Next Article Your Cells Are Listening: How Talking To Your Body Can Help You Heal