Macular degeneration is the most common cause of blindness among people 55 and over who once had normal eyesight. That’s why it is often called age-related macular degeneration, or AMD. It can also occur rarely among younger people within a six to twenty year age span.

Conventional medicine is relatively clueless about its cause, blaming it on simply aging or genetics for younger victims. It also falls short of effectively avoiding or treating it, considering it to be incurable and only poorly managed with harsh treatments.

This article explores a newly discovered source of macular degeneration and its prevention as well as natural remedies that include eating the right foods and cannabis.

The macula is located in the back of the eye’s inner retina wall. It is responsible for receiving images that pass through pupil and lens, then translating the imagery’s energy into nerve impulses that our brains translate into what we see. It connects us visually to what we see while looking straight ahead.

As the macula’s cells degrade over time, clarity declines until central vision is completely lost with only relatively dim peripheral vision remaining. There are public health concerns that the United States’ current number of 11 million vision impaired from macular degeneration will double by 2050. 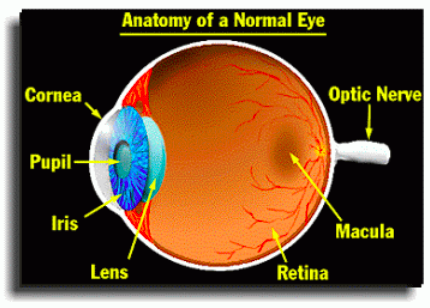 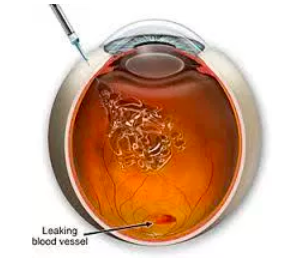 There are other expansive, questionable surgical interventions that may improve conditions somewhat. Macular degeneration is considered a progressively irreversible disease that takes a great degree of medical attention to make it somewhat endurable. (Source)

Considering the options, prevention may be the immediate course of action for those entering or passing the middle age crisis zone. Earlier is better of course. And prevention starts with food as medicine, first.

But metabolic diseases can be prevented and even reversed with healthy diets and moderate exercise.

Ophthalmologist Dr. Chris Knobbe, founder and president of the Cure AMD Foundation, suggests the assertion that macular degeneration is caused by aging or genetics is inaccurate. He blames processed foods and says AMD should be changed to DMD (dietary macular degeneration).

Dr. Knobbe sees a correlation of processed foods taking over our diets from the early 1900s to the surge of macular degeneration that rose considerably in the 1940s with the rise of large factory monoculture farming dependent on pesticides and synthetic fertilizers.

He conducted several statistical comparisons of processed food consumption during different time periods in the USA, Japan, and Nigeria compared to the rates of macular degeneration occurrences to see a very well defined association between the two.

Conventional medicine considers lifestyle habits such as alcohol consumption and cigarette smoking as the major contributing factors toward macular degeneration.

But they are minor factors for AMD compared to the constant consumption of high sugar processed foods, chemically sprayed produce, and tainted factory farm livestock food products from CAFOs.

Another toxic feature of the processed food onslaught, in addition to high sugar and high fructose corn syrup contents, has been synthetically derived cooking and salad oils. They are mixed into the bulk of processed or fast foods to create an imbalance of omega-3 and omega-6 fatty acids in our bodies.

These are both major sources of inflammation that lead to autoimmune and metabolic diseases. Dr. Knobbe puts it this way:

When we break this down, what we know is 63 percent of these food items are made up of those refined, processed, nutrient-deficient foods in the form of added sugars, refined white flour, polyunsaturated vegetable oils, and trans fats.

[Depending on] displacing foods of modern commerce is the recipe for metabolic disaster and physical degeneration.

Every shred of evidence I can find supports the hypothesis that it is the ‘displacing foods of modern commerce’ that are the primary and proximate cause of AMD. The prevention of this disease — as well as the treatment — is to remove those elements from the diet, and consume only … our own native, traditional diets.

My preference is to choose the wild or pastured versions of animal meats and eggs, whenever possible, and organic versions of grains, fruits, and vegetables, if affordable. [emphasis added] (Source)

As he implied with the phrase “if affordable,” organic foods are not affordable for everyone all the time. The Environmental Working Group, commonly known as EWG, provides information on what non-organic plant foods are chemically sprayed the least and which are sprayed the most, as well as all the others that fall in-between.

There are options to fit every budget. But the main focus should be organic, local small farms, or home-grown.

Cannabis May Be Another Option for Reversing Early Macular Degeneration

Cannabis has had a strong well deserved reputation for maintaining a tolerable relationship with glaucoma.

It’s especially handy when a flare-up occurs that renders one’s vision completely crazy, often like coming out of an eye exam where pupils are dilated, accompanied by raging eye and head pain. Usually, glaucoma victims simply light up and take a few puffs to settle those flare-ups completely.

It has been determined that cannabis inhibits VEGF the way those drugs injected directly into the eyes do, as mentioned above, without the horror and the adverse side effects. (Source)

Another way around it is in states that allow recreational marijuana use. You don’t even have to be concerned about getting an exemption or a doctors prescription. Just get it from a dispensary. Some may even have other options.

There’s a lot of evidence supporting the use of cannabis for macular degeneration. There are a few peer-reviewed studies bundled here.

The United Patients Group, an online cannabis advocate and consulting service that has educational information on medical marijuana, provides information on cannabis doctors and contains up-to-date, state-by-state legal information. It also has a good article on the matter with an excellent story of one person who has used it successfully for her AMD. Go here to read it.

The following video talk is by an Israeli researcher who specializes in cannabis treatments and research. English is his second language and he has a heavy accent. You might want to add closed captions [cc]to the audio as an aide for better understanding.