“Maybe you just imagined that your pain was gone,” he said. He was messing with me, and I knew it.

Craig, a 60-something man with a disheveled, grey pony tail had stopped at my booth. This was at a local health fair a few years ago.

I had spent 10 minutes patiently answering his questions about tai chi, telling him about all the success I had seen with my students, and recounting my own experiences managing chronic pain.

At first, I wasn’t sure how to respond to Craig. I’m used to handling skeptics, but it often takes a delicate touch to get through to them.

I wanted to get through to Craig because I suspected that he was struggling with chronic pain.

Then I noticed a military tattoo on his forearm.

“Have you heard of Henry Beecher?” I asked.

“Dr. Beecher was a military doctor during World War II,” I explained. “When he ran out of morphine, he was desperate to help his soldiers, who were in terrible pain. So he gave them saline injections, but told them that it was morphine.”

Craig was listening attentively now. His smirk was gone.

“It worked amazingly well,” I said. “Now let me ask you this: Did these soldiers just imagine that their pain was gone?”

Craig ended up joining my beginner’s class. I guess you could say that he had a change of heart.

Can We Change How We Think About Pain?

In my previous article, I talked about Big Pharma’s problematic approach to pain management (click here to read it).

In this article, I hope to change the way that you think about pain, just like I did with Craig.

It’s not going to be easy though. Pain is a complex and confusing subject. Many of our ideas are firmly ingrained even though they are incorrect.

I’ve found that it helps if you use your heart, not just your head, when learning about pain. Be compassionate, first and foremost. Remember that people are suffering — lots of them.

I know what it’s like to suffer from bad chronic pain. You could say that suffering taught me to be more compassionate toward others who are suffering. That’s why I was eager to help Craig, and that’s why I’m also eager to help you.

Is Pain Just In Your Head? 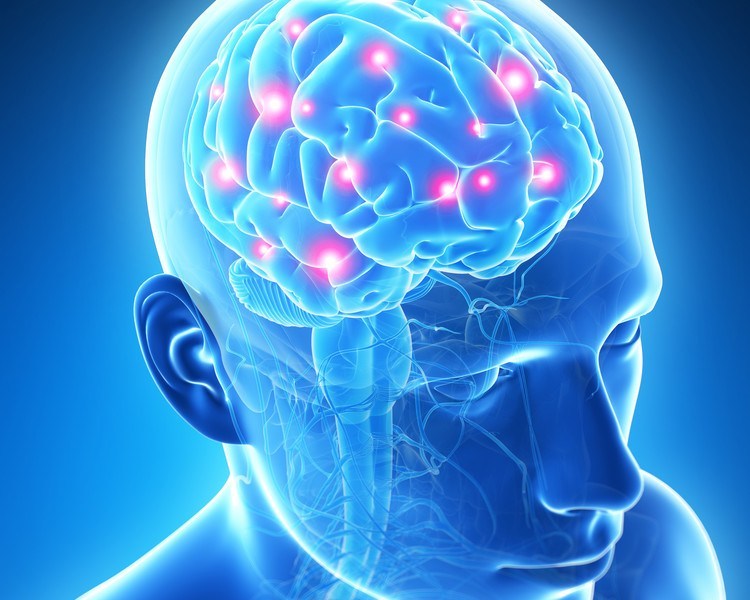 These days, it’s common to dismiss people’s pain as “all in their head”.

That’s what Craig tried to do to me.

This is wrong on on many levels. Aside from the fact that it’s just plain mean to dismiss another person’s pain, it’s also scientifically inaccurate.

Or rather, it’s accurate, and thus meaningless.

Technically, all pain is in your head because pain is registered in your brain.

After all, it’s a scientifically accurate statement!

Or rather, it’s accurate, and thus meaningless.

Technically, all pain is in your head because pain is registered in your brain.

After all, it’s a scientifically accurate statement!

Yes, your chronic pain is in your head, but so what? This does not mean that pain is imaginary. There’s a big difference. 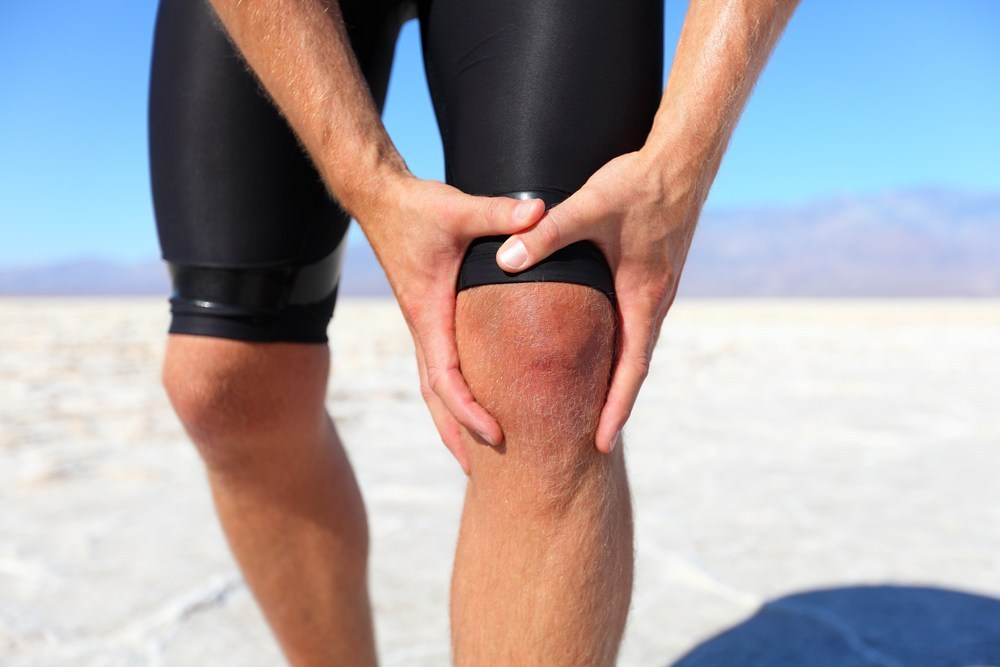 If you think that Western medicine has pain all figured out, then you are mistaken.

Over 100 million Americans suffer from chronic pain (WebMD link). If Western medicine had pain all figured out, then 33% of the country wouldn’t be suffering from it.

Pain is a complex subject. Let’s take a closer look so that we can have a deeper understanding of how and why Western medicine is failing so many Americans when it comes to pain relief.

Here are 4 examples to show you just how complex it can get:

Example 1:  Phantom Pain. After a limb is amputated, patients often report having terrible pain — in the missing limb (Wikipedia link). This is a real phenomenon. Don’t dismiss it as imaginary or “in the head”. I recommend that you go have a 2-minute conversation with someone who has phantom pain. It will open your mind as well as your heart.

Example 2: Simulated Surgery. This is when surgery is used as a placebo (rather than a pill). For example, a 2013 study showed that a simulated (i.e. fake) surgery was just as good as real surgery at reducing the pain from torn knee cartilage (WSJ ink). In other words, fake knee surgery eliminated pain even though it didn’t fix the torn cartilage.

Example 3: Herniated Discs. Many patients with herniated discs don’t have any pain whatsoever. Many doctors say that they’ve seen x-rays that look like the patient should be unable to walk — and yet the patient is in no pain.

Example 4: No-Cause Back Pain. Patients with terrible chronic pain often go through a barrage of tests which conclusively show that the cause of their back pain is — unknown.

Is Our Thinking About Pain Flawed?

In the West, we like to think that pain must be due to some sort of structural problem, that something must be broken. You know, like a broken watch.

The 4 examples above prove that this kind of thinking is flawed.

In examples 1 and 4, there was pain where there shouldn’t be pain.

In examples 2 and 3, there was no pain where there should have been pain.

As much as we would like  pain to be a physical and structural problem, it just isn’t.

This begs the question: is our entire way of  thinking about pain fundamentally flawed?

How is Pain Measured? 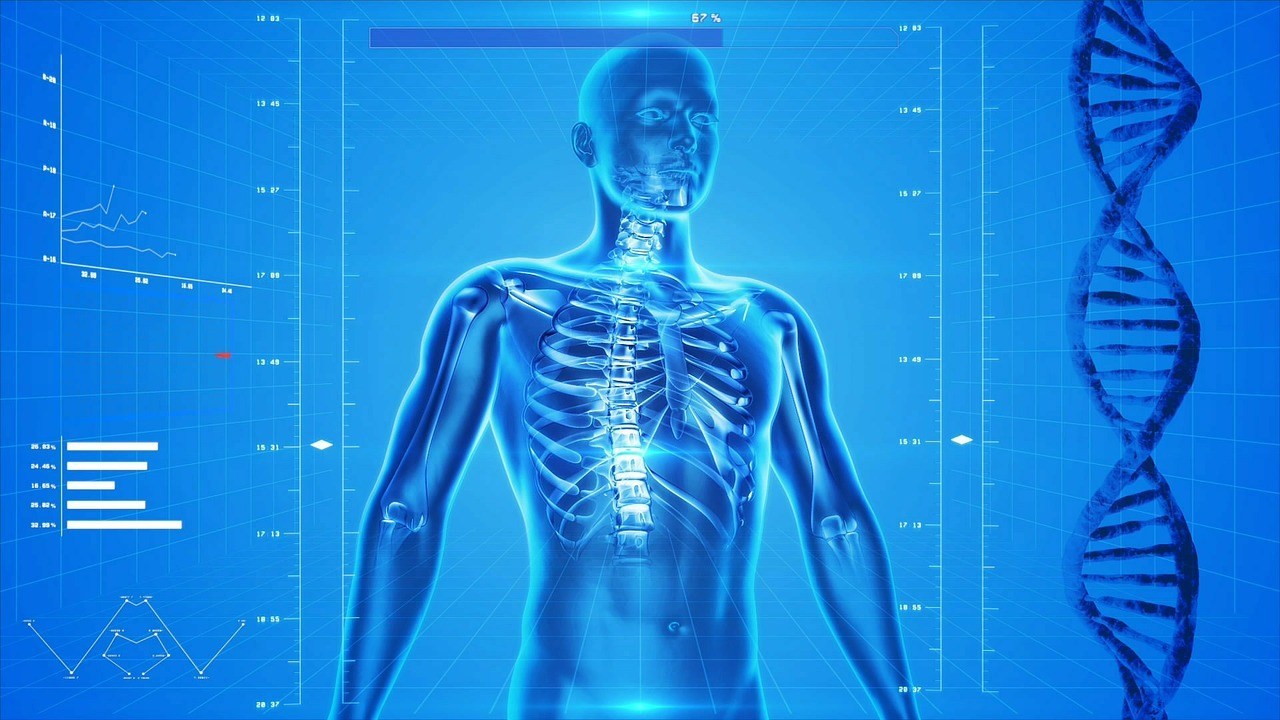 Who gets to decide whether or not you are in pain?

Let’s have fun with 2 thought experiments:

Confusing, right? Welcome to the fascinating world of pain management.

The truth is that there is only 1 person on the planet who can measure your pain: you.

The most common method for measuring pain in both Eastern and Western medicine is to ask the patient to rate their pain on a scale of 1-10.

When I was in acupuncture college, we had to memorize the following phrase:

“On a scale of 1 to 10, with 10 being the worst pain imaginable, and zero being no pain at all, what is your pain level right now?”

This method is actually a terrifically accurate way to measure pain. But it’s also extremely frustrating to the standard Western reductionist view of pain.

Do We Need a Pain-O-Meter?

Pain is 100% subjective. There is no objective way to measure of pain. There is no such thing as a PRI (Pain Resonance Imaging) machine.

That’s why researches at Stanford started working on “a diagnostic tool that could eliminate a major hurdle in pain medicine — the dependency on self-reporting to measure the presence or absence of pain.” (Standford link)

Look at the language there. A major hurdle? This is madness.

The problem with the Western approach to pain medicine is not in the diagnosis; it’s in the treatment! Western doctors know that there’s pain; they just don’t know how to get rid of it!

The Pain-O-Meter research is an absolutely terrible idea for another reason.

The Problem with Insurance Companies

Insurance companies wield tremendous power in the U.S. medical industry. For example, a doctor’s request can be denied by the insurance company if the claims adjuster deems the treatment “unnecessary”.

If you think it’s crazy that an insurance agent can make a medical decision over an actual medical doctor — welcome to the club! Everyone except for politicians and insurance companies thinks that this is batshit crazy.

A Pain-O-Meter could potentially allow insurance companies to deny claims to people who are in legitimate pain. If they can use a machine like this to maximize their profit, you can be sure that they will.

There is a lot of mistrust in the pain field, largely because patients get addicted to opiod meds. Once they are addicted, they may lie about their pain levels in order to continue being prescribed their meds. This is to be expected.

Here’s a novel idea: trust people when they say that they are in pain, and give them solutions that don’t involve highly addictive substances!

Why The Western Approach to Pain Will Fail

There is a more compassionate (and also highly effective) solution to the pain conundrum —  explore  the connection between mind and body.

Western medicine hates doing this, and that is precisely is why their approach will never work.

We already have lots of data showing that mind-body therapies are incredibly effective for pain management.

With this preliminary data, hundreds of new studies should be in progress. But they aren’t. (Read my previous article about Big Pharma to understand what that isn’t happening).

Let’s be perfectly clear that Western medicine — when it comes to pain — is abandoning its own scientific method.

Despite their space-age surgery techniques, the most powerful pharmaceuticals, and the best physical therapy — Western medicine is largely ineffective when it comes to chronic pain.

Western doctors don’t have a solution, and that’s precisely because they’re looking in the wrong place.

There is something missing form the Western medicinal approach to pain. Something important. Critical even.

The Western solutions are ineffective precisely because pain isn’t just a physical or structural problem. The idea that pain is purely physical, that it is completely disconnected from the emotions – this idea is unscientific.

In order to fully understand pain, you must look at the mind-body connection.

In other words, you must treat humans as thinking, feeling beings rather than robots.

Is Eastern Medicine The Answer to Pain?

I believe that Western medicine has already dropped the ball when it comes to pain management.

That ball has been picked up by Eastern medicine.

All over the world, people are turning to acupuncture, meditation, qigong, yoga, and other Eastern therapies. And they are getting results — better results than they did with Western therapies.

Recently, I’ve been blogging about chronic pain. What started out as one blog post has turned into a trilogy. (This is part 2 of that trilogy.)
For over 10 years, my wife and I have been in the trenches, fighting. People come to us desperate for pain solutions. They’ve already tried tried everything. They’ve been to the Mayo Clinic, they’ve seen pain specialists, they’ve had surgery — and yet they’re still in terrible pain.
Time and again, what patients find is that my wife and I offer solutions that work even when all else has failed.
If my wife and I can repeatedly offer solutions that are better than what the Mayo Clinic has to offer, then we need to start speaking up about our approach.
This series of blog posts is me finally speaking up.

I sometimes joke that I would beat the Mayo Clinic in a head-to-head boxing match. But it’s not a joke. In a head-to-head study between qigong and the standard Western treatments for pain, qigong would win.

That’s my hypothesis, based on years of clinical data. Maybe one day I’ll get to prove it in a double-blind trial. In the meantime, I’ll just continue helping people who are suffering.

In my next article, I’ll talk about why you absolutely need Eastern medicine — and especially qigong — if you have chronic pain. 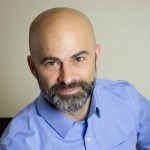 I’m Anthony Korahais, and I used qigong to heal from clinical depression, low back pain, anxiety, and chronic fatigue. I’ve already taught thousands of people from all over the world how to use qigong for their own stubborn health challenges. As the director of Flowing Zen and a board member for the National Qigong Association, I’m fully committed to helping people with these arts. In addition to my blog, I also teach online courses and offer in-person retreats and workshops.

To learn more please the website where this article was originally published please visit – www.flowingzen.com

Mark
Previous ArticleHow to keep your mind young – Spectator.co.uk
Next Article How Cancer Cells Are Obliterated By Resonant Frequencies – collective-evolution.com